Working with cancer researchers on projects that can help improve patient outcomes could be particularly useful. Thielman shared such efforts during his most recent Center Stage session at MD&M West 2021, citing the work his team is doing Amanda “Mandy” Paulovich, MD, Ph.D., and their laboratory at the Fred Hutchinson Cancer Research Center in Seattle, WA. Paulovich has focused on for nearly two decades personalized health care to drive more effective personalized therapies for cancer patients. “Mandy is a leader in researching the latest in personalized cancer care. It is gratifying to discover that our device development skills can benefit their work, ”said Thielman. “Our designers and engineers were highly motivated to support this project.”

Paulovich and her team studied proteomics and the role that proteins expressed in cells play in cancer. “The genome may be our biological blueprint, but the proteome is what is actually built as proteins and expressed under real conditions,” explained Thielman. “Analyze the spectrum of proteins in a tumor cell and you have a quantitative basis for diagnosis and therapy.” He refers to the current work of commercial proteomics companies such as SomaLogic, Nautilus biotechnology, and Olink and says recent IPO activity suggests investors are starting to pay attention to the proteomics thesis.

Paulovich told MD + DI that “post-translational modifications of proteins enable a real-time reading of the physiology of our cells and our tissue – crucial for the development of new therapies and the assignment of the right patient to the right drug.”

Paulovich, who holds the Aven Foundation Endowed Chair at Fred Hutch, hired the Product Creation Studio to overcome an obstacle to obtaining reliable phosphoproteome data from biopsy samples. “Once the tissue is removed from the patient in the biopsy, protein expression begins to change in response to the trauma,” she said. “The changes in expression due to sample manipulation are essentially unwanted noise in the proteome that masks the critical diagnostic information.”

Paulovich stated that “many of these modifications are unstable and change quickly after a biopsy. An easy way to stabilize the protein modifications is to freeze the biopsy as soon as it is removed from the patient. Unfortunately, many clinics are not set up for this – due to insufficient staff and / or lack of access to the equipment required to “snap-freeze” the tissue. This severely limits our ability to use these very important protein modifications clinically – be it for the development of better therapies, better dosage of therapies or better diagnostics – all of which are decisive for the future of precision oncology. “

Paulovich sought help from Product Creation Studio to develop a shelf stable, low cost, disposable sample freezer that could be included in any collection kit. “The sampling device we worked on with Scott’s team was designed to allow clinical centers to quickly freeze tissue and preserve protein modifications without the need for specialized equipment,” she said.

To develop such a solution, the Product Creation Studio team divided the project into two critical aspects: user experience and functional technology. “These focus areas have proven beneficial for feasibility studies with life science research teams. User interviews provided information about new models of the potential workflow (Figure 1) and user needs. The subsequent design idea resulted in three interaction models (Figure 2) that became the core of an assessment of human factors with a representative group of users, ”he said. The qualitative and quantitative results of this study influenced the updates to the design concept shown in Figure 3. This concept also integrates the functional technology proposed and tested by the engineers at Product Creation Studio, he added. 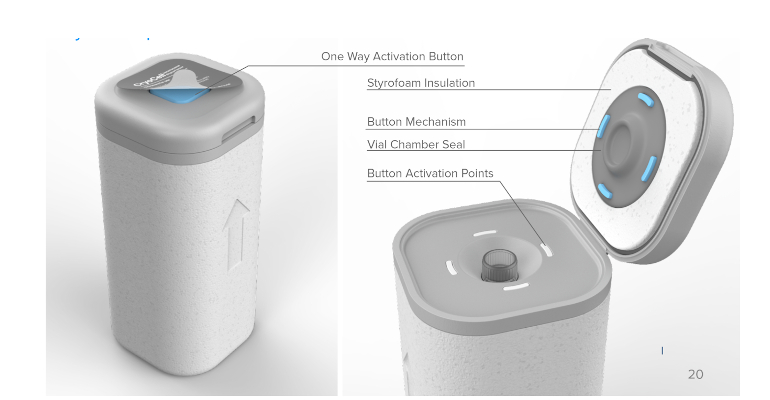 Figure 3. Design rendering of the devices used in the mouse study.

Potential solutions using combinations of chemical and compressed gas coolant techniques were explored in early mock-up studies (Figure 4), Thielman said. The results of these tests increased confidence in the feasibility of a solution with beneficial temperature curves like the one shown in Figure 5, he said.

Figure 4. Feasibility study for an early functional technology based on system models.

A series of design-build-test cycles resulted in proof-of-concept prototype units (Figure 6) that can freeze the sample vial in less than a minute and hold it for more than 30 minutes, Thielman explained. “This gives enough time to put the samples in a cold chain on the way to the laboratory,” he said. “In a mouse model study, the Paulovich team showed that this process suppressed the undesirable variability and was comparable to the gold standard of freezing the samples directly in liquid nitrogen.”

These early efforts, led by Paulovich in collaboration with Product Creation Studio, helped create a vision as well as intellectual property for this novel sampling device, Thielman said. Paulovich added, “Scott’s team on the Product Creation Studio team worked closely with us on user studies, model studies, and prototype testing. It was a fantastic multidisciplinary performance. The next step for the project is to further refine the design, in particular to reduce the size of the prototype and also to incorporate a non-flammable coolant that is suitable for use in the operating room. “

Thielman said the teams will also focus on fine-tuning the design for a specific clinical application, an activity best done in collaboration with a commercial partner. Fred Hutch is actively seeking industrial partners with clinical needs for the device and those who can manufacture a next generation device on a large scale. Making this sample freezing technology available to the academic and life science communities is a priority, ”he said.